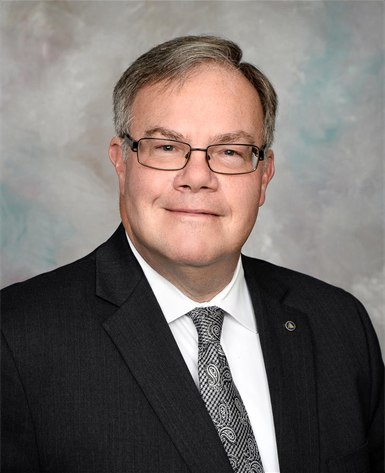 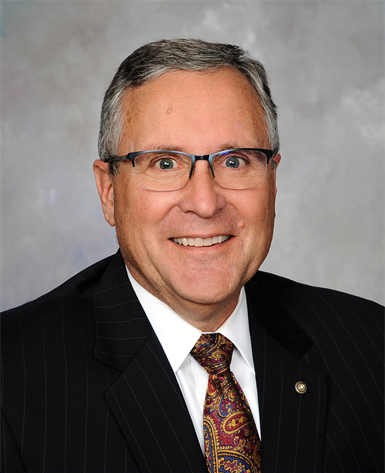 A lifelong Kent resident, Rick has served as the owner and President of Bissler & Sons Funeral Home since 1988. Rick is a 1972 graduate of Kent Roosevelt High School and a 1976 University of Minnesota graduate with a Bachelor of Science in Mortuary Science. He received both his Funeral Directors and Embalmers license in 1976. In 1995, he became a Certified Crematory Operator through the Cremation Association of America (CANA). Rick and his wife, Jane, have 2 daughters, Stephanie (Shawn) Arden and Carlie Bissler.

He is a member of numerous civic organizations including: Kent Rotary Club and PARTA Board Member. He is also a Board Member of Hometown Bank in Kent where he serves as Vice-Chairman of the Board. 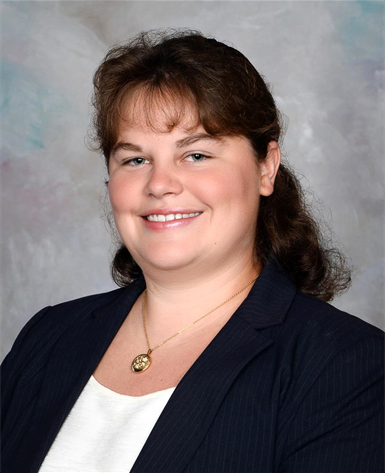 After graduating from the University of Akron, Anastasia joined the family business as the Billow Company's first sixth-generation funeral director. In addition to her responsibilities caring for families, she also serves as Vice President and Corporate Secretary. She describes working in this profession as a deep honor, because she's able to serve her neighbors in the greater Akron community-working to create lasting memories and tributes to honor loved ones.

Outside of work, she enjoys bike rides and walks in the Cuyahoga Valley National Park and Summit County Metro Parks, gardening and baking. She was an accomplished amateur tennis player, playing for the Tallmadge Blue Devils in the Suburban League. She also has a strong passion for animals-especially dogs, cats and rabbits.

Stacy is a parishioner at Saint Patrick Catholic Church in Kent and resides in Tallmadge. 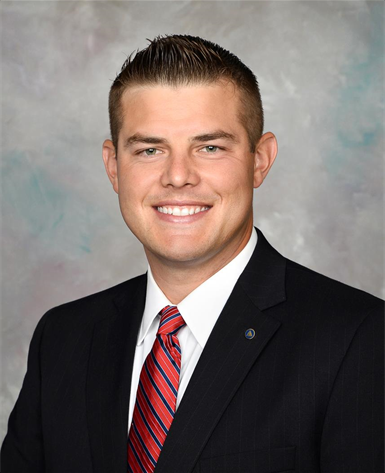 Nathanael is a Funeral Director and also serves as the Executive Vice President & Treasurer of The Billow Co. Prior to working in the funeral profession, Nathanael worked for Ford Motor Company as a Senior Financial Analyst at Ford's Global Product Development Center in Dearborn, MI. He, along with his sister Stacy, are sixth-generation members of the family to serve at Billow's and Bissler's. Growing up in the family business helped shape his personal belief that working as a funeral director is not only a career but a life-dedicating vocation.

In 2018, Nathanael successfully led the merger of his family's 145 year-old business, The Billow Co. of Akron, with Bissler & Sons Funeral Home and Crematory. With the retirement of Mr. Rick Bissler, the move ensured that the community of Kent would continue to receive local family-owned care when faced with the loss of a loved one.

He is a graduate of Tallmadge High School, Grove City College (B.S. Business Administration, Summa Cum Laude, '11) and the Fisher College of Business at The Ohio State University (Master of Business Administration, '13). Nathanael is a parishioner at Saint Patrick Catholic Church in Kent and his Catholic faith taught him to embrace the philosophy of service above self. He generously gives of his time, talent, and treasure in service to Akron and since returning home in 2017, has been appointed to serve on the Board of Directors for many notable organizations, including the Akron Better Business Bureau, where he serves as Treasurer, the Rotary Club of Akron, where he serves as President-Elect and Chair of the Rotary International Foundation, Bluecoats Inc., of Summit County, where he serves as Treasurer, the Akron Roundtable, and the Pediatric Palliative Care Center at Akron Children's Hospital, where he holds the office of Vice-Chair and Treasurer. He is also a member of the Ancient Order of the Hibernians. In 2019, he was recognized by the Greater Akron Chamber and awarded their prestigious 30 For The Future Award,  given to individuals who are trendsetters in their industry and who make an impact on the region through dynamic leadership and community service.

When time permits, he can be spotted on local golf courses with his brother Chris or out running the trails of Akron's Metro Parks. 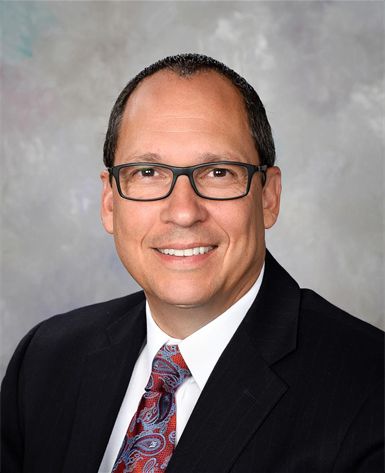 In 1981, Brian graduated from Cincinnati College of Mortuary Science where he served as Class President. In 1982, he received his Ohio funeral director and embalmer license, and shortly after, he obtained the degree of Bachelor of Science in Mortuary Science from Edgecliff College of Xavier University. In 2007, he joined the Billow Funeral Homes team as the Funeral Director & Embalmer.

An active member and youth sponsor of Northwest Ave. Church of Christ in Tallmadge, he served as a Past President and is currently on the Board of Trustees of the Ohio Embalmers Association, and is an active member of National Funeral Directors Association and Adoniram- Joppa Lodge # 517 F. & A. M. Brian is married with three children and enjoys reading, hiking and playing percussion in a Reggae band with his son. Enjoying and participating in music has always been a passion of mine.

"Being a Funeral Director & Embalmer has allowed me to provide an invaluable service to families in the community at a time of greatest need; the death of a loved one. To be the 'calm during the storm' and to anticipate ways to be of help when they may feel helpless is a truly rewarding experience," Brian shares. 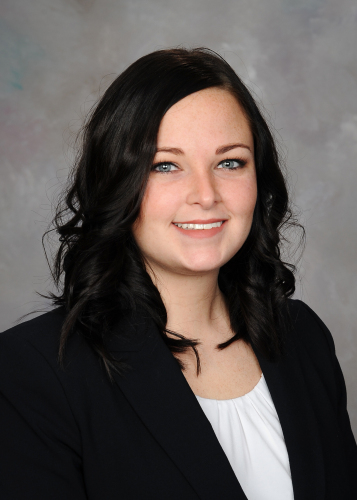 Kelsey joined the Billow Company in 2020. A graduate of the Cincinnati College of Mortuary Science, she serves as a Licensed Funeral Director & Embalmer and also as a Certified Crematory Operator. 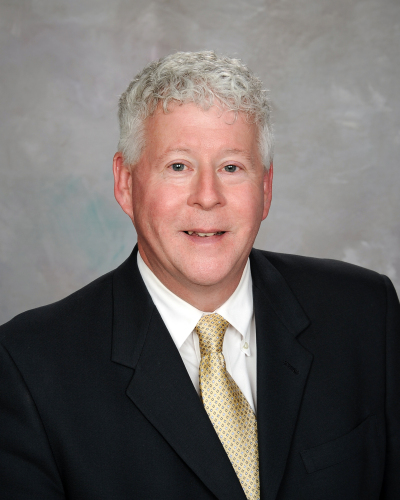 Michael Planey joined the Billow Company in 2020 and serves as a funeral director & embalmer. Prior to joining Billow's, he worked for Reed Funeral Home in Canton and the Schermesser Funeral Home in Akron. 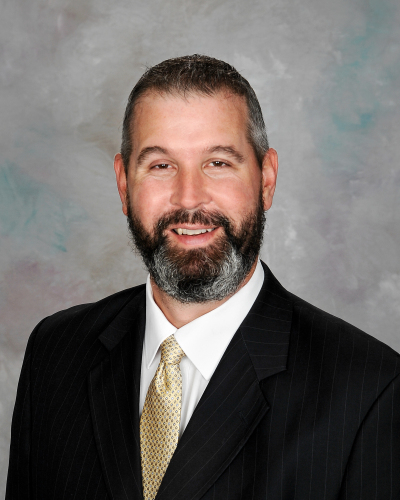 Mitch is a 2000 graduate of Youngstown State University and a 2002 graduate of The Pittsburgh Institute of Mortuary Science.  He became a licensed Funeral Director and Embalmer in 2003.  Mitch has spent the majority of his career in the Canton area and joined the Billow Team in 2020.  He is a former board member of OFDA District #16.  Mitch and his wife, Sophia, live in Uniontown with their daughters, Victoria, Nadia and Ariana.  He enjoys sports, fishing and camping and loves spending his free time with his family. 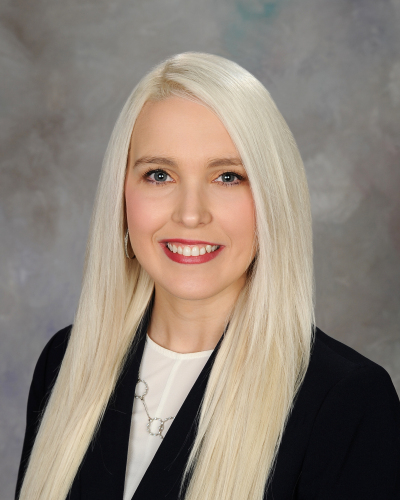 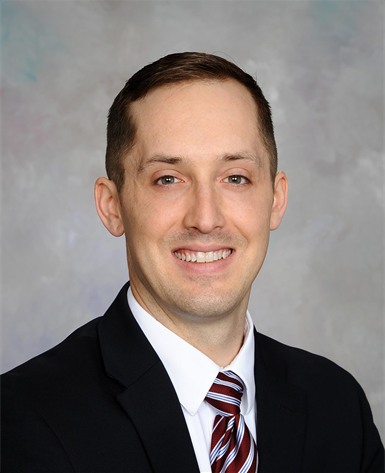 A native of Massillon, Pierce is a 2013 graduate from Cincinnati College of Mortuary Science with a B.S. in Mortuary Science. An avid Cleveland and Ohio State sports fan, in his free time he can be found catching up on the teams and running alongside his wife, Jenni. 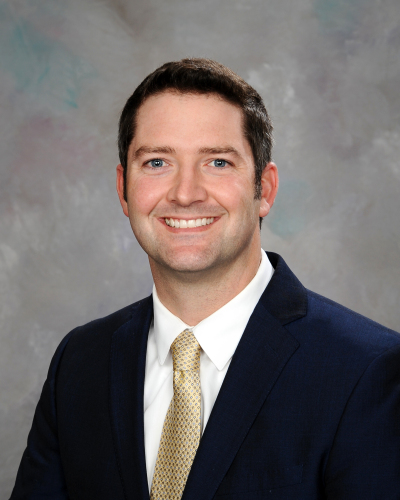 An Akron native, Evan joined the Billow team in 2020 as an Advanced Funeral Planner. In his role, he assists families with pre-planning their funeral arrangements. He is a graduate of Revere High School and the University of Akron, where he was a decorated student athlete. He helped Akron’s Football Team win their first and only MAC Championship in school history in 2005. Prior to working in the funeral profession, Evan worked for his family business Laube Imaging Products, est. 1910 in Akron. He then transitioned to work in the Health Insurance industry where he provided employee benefits to local employers in the Akron area. Evan has been a volunteer at the Boys and Girls Club of Western Reserve in Akron for the past 10 years. He resides in Bath with his wife and daughter. 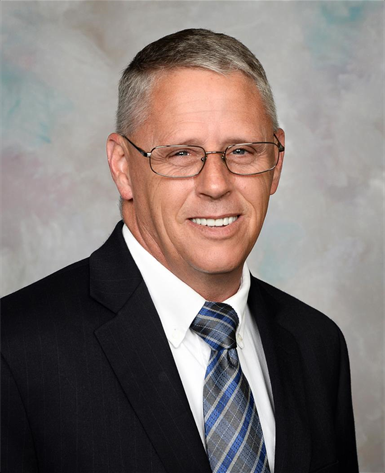 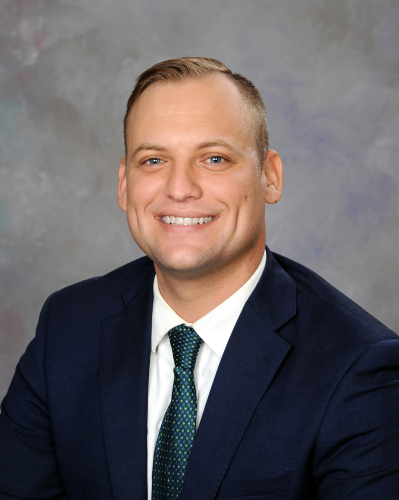 Curt joined the staff in 2019 and serves as a full time funeral service assistant. Prior to working at Billow's, he worked as a professional caddie at Firestone Country Club in Akron and Calusa Pines Golf Club in Naples, FL.

A 2007 graduate of Green High School, he is also an avid Cleveland sports fan and a self proclaimed foodie. He and his fiancee Kelly live in Green. 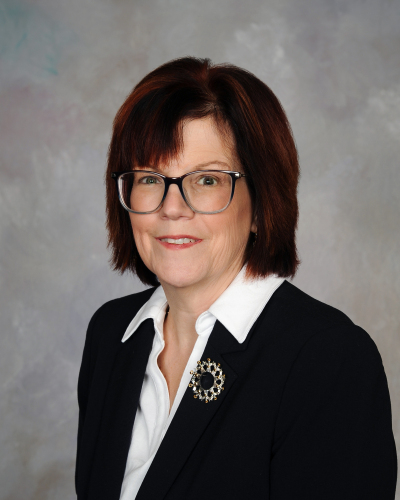 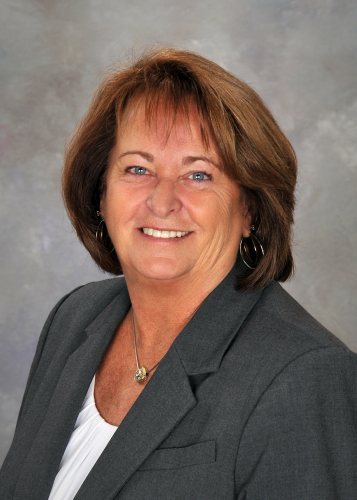 Coleen joined the Billow Company in 2021 and serves as an office manager at our Fairlawn Main Business Office. 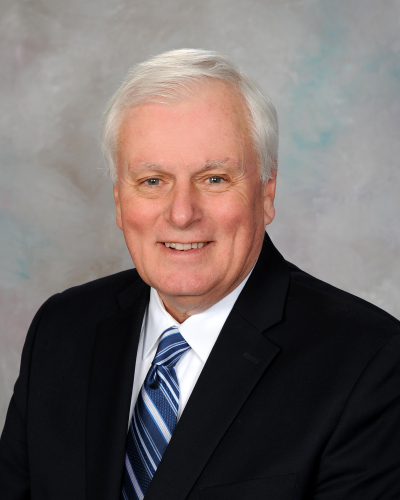 Ed joined the team at the Billow Company in 2019. Born and raised in Kenmore, Ohio, he is a life long Akronite. A proud graduate of the University of Akron, Ed spent his professional career as an executive in the insurance industry and as a licensed insurance agent serving his friends and neighbors in Northeast Ohio. He served as an executive at the Evans Insurance Agency, where he served as the President of the Employee Benefits Division for 41 years. He also served as Vice President at Dawson Insurance, and later as Vice President at Assured Partners. Married to his loving wife Candy, Ed is also a devout Catholic and a member of the Ancient Order of Hibernians, Mark Heffernan Division, where he served as Past President and also presently serves as the Chairman of the Akron Saint Patrick's Day Parade. He enjoys spending his free time with his wife, daughters, and his wonderful grandchildren. 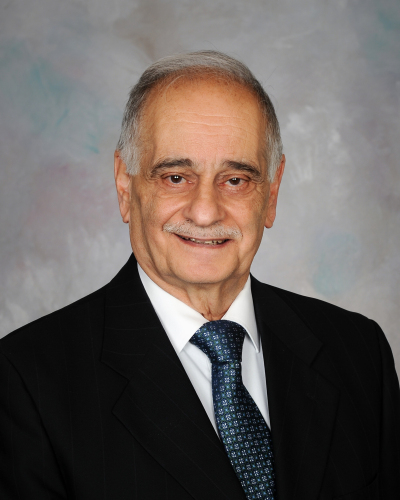 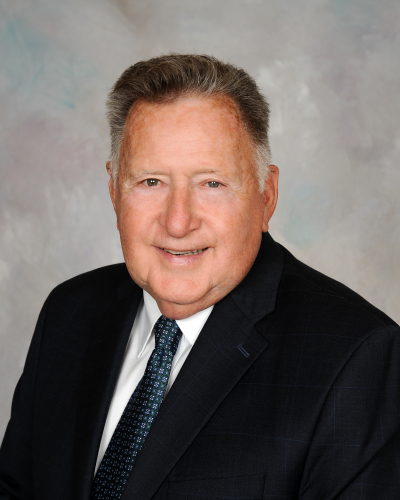 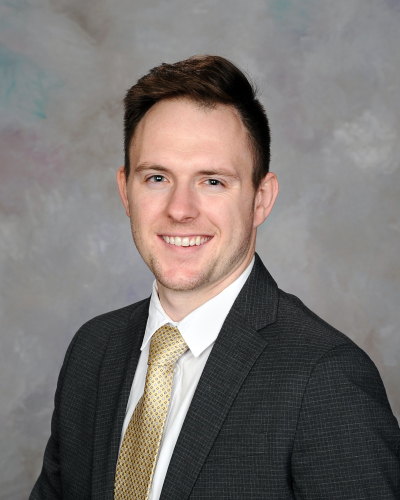 Garrett graduated from the BYU Marriott School of Business and joined Billow's in 2020. Originally from Shelley, Idaho, Garret resides in Cuyahoga Falls with his wife, Erin, and their Great Pyrenees

Prior to joining Billow’s, he worked in Marketing at SalesRabbit, Cummins and Revere Health.

Outside of work, he enjoys hiking, skiing, and playing pickleball. 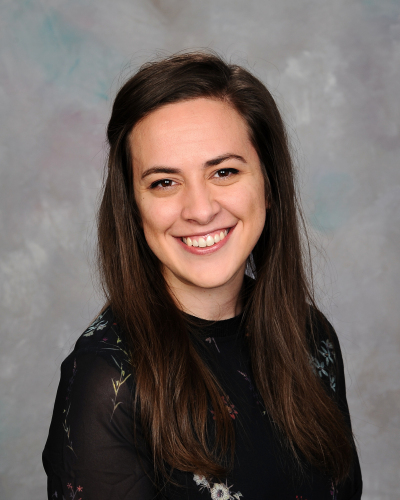 Erin graduated from the Brigham Young University School of Communications in 2017 with an emphasis in Public Relations. She is from Salt Lake City, Utah, and now lives in Cuyahoga Falls with her husband and their dog. For the past three years, she has worked in marketing and graphic design with various companies, and enjoys reading and exploring the outdoors in her spare time. 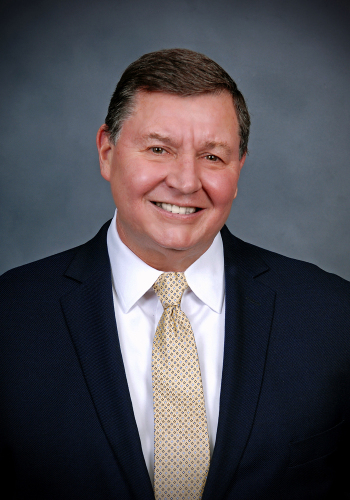 Dick joined the Billow Company in 2019. A native of Toledo, OH, Dick has lived in the Akron area for 60 years and is a 1981 graduate of the University of Akron (B.S. Business Administration). He has been employed at Firestone Country Club for 47 years in several roles and, for the last 15 years, as Member Services Manager. Dick and his wife, Chrissie, have three adult sons – Patrick (Taylor), Sean and Kelly - who all live close. They are active members of St. Francis de Sales Parish. Dick enjoys golfing, reading, music and family time. 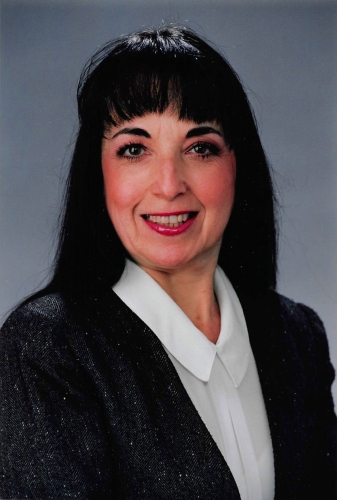 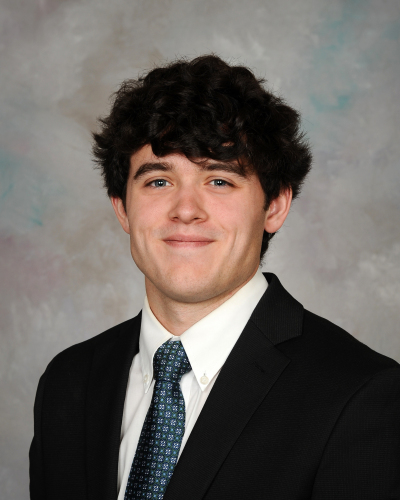 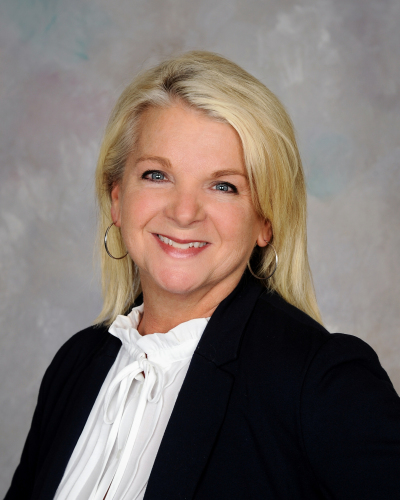 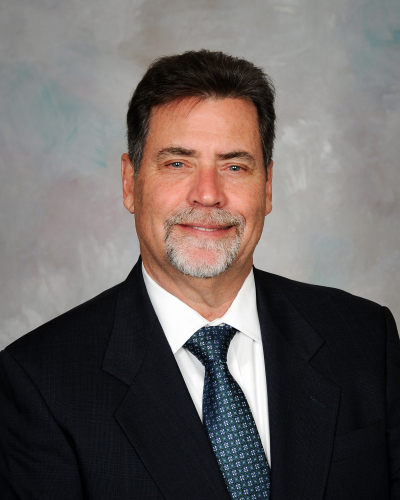 We have years of experience caring for families from all walks of life, cultures and faiths. Our unsurpassed staff and our family provide kind, caring, professional service. Each family comes to us because they know we are leaders in our profession who are dedicated to excellence in service, adhere to the highest funeral industry standards, and have exceptional integrity. We consistently earn phenomenally high customer satisfaction survey results.

Our licensed, professional staff is here for you 24 hours a day, 7 days a week. Please call 208-504-1206 anytime. We will even come to you to make arrangements in the comfort of your home.

Prompt, compassionate service is always just a phone call away, where and when you need it. 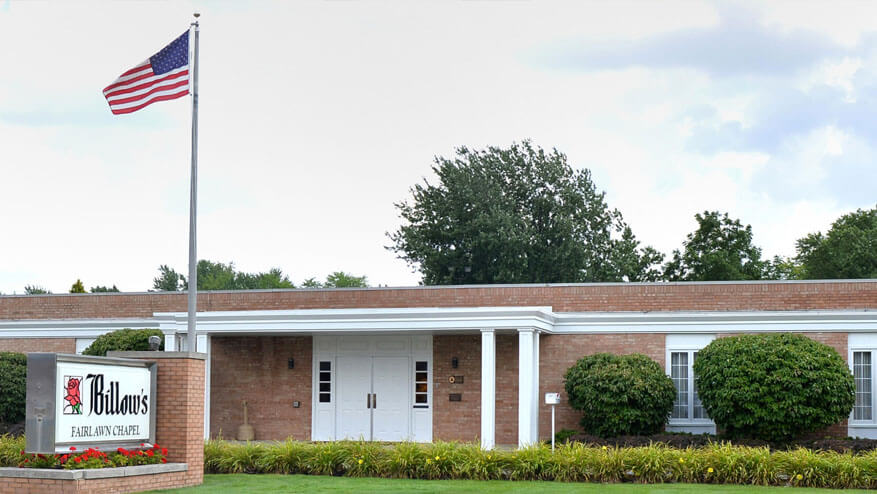 Take a tour of our facilities and view our amenities. We can make additional arrangements to fit your needs 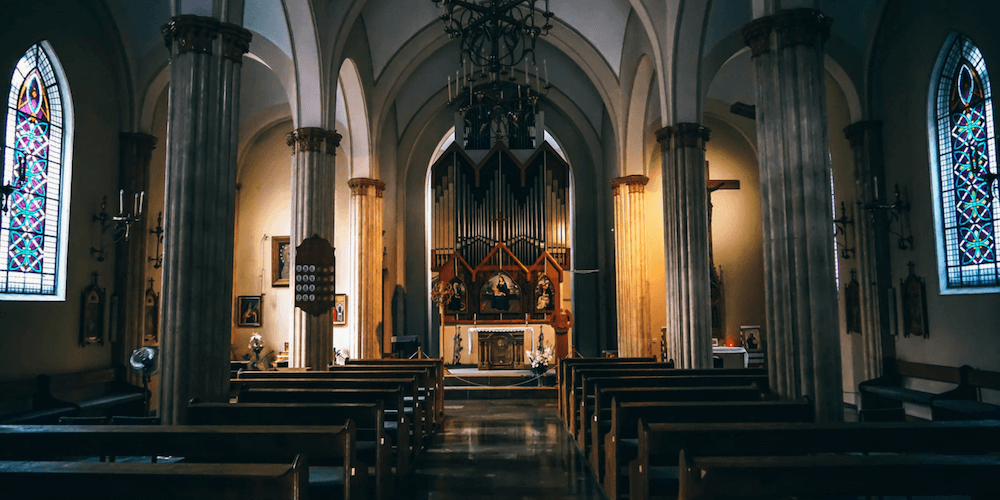 Hear what people in the community have been saying about our funeral home and services. 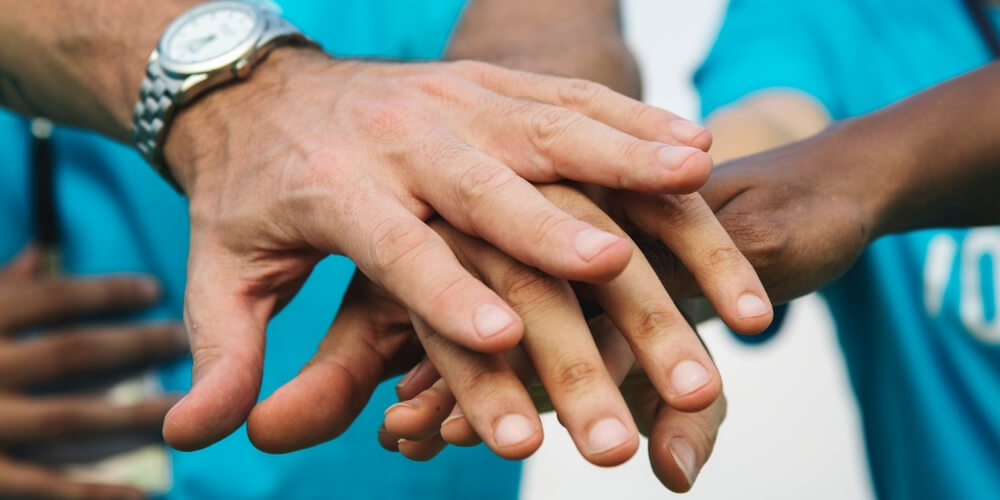 We are dedicated to serving and connecting with our communities. See past and upcoming events.

You are welcome to call us any time of the day, any day of the week, for immediate assistance. Or, visit our funeral home in person at your convenience.